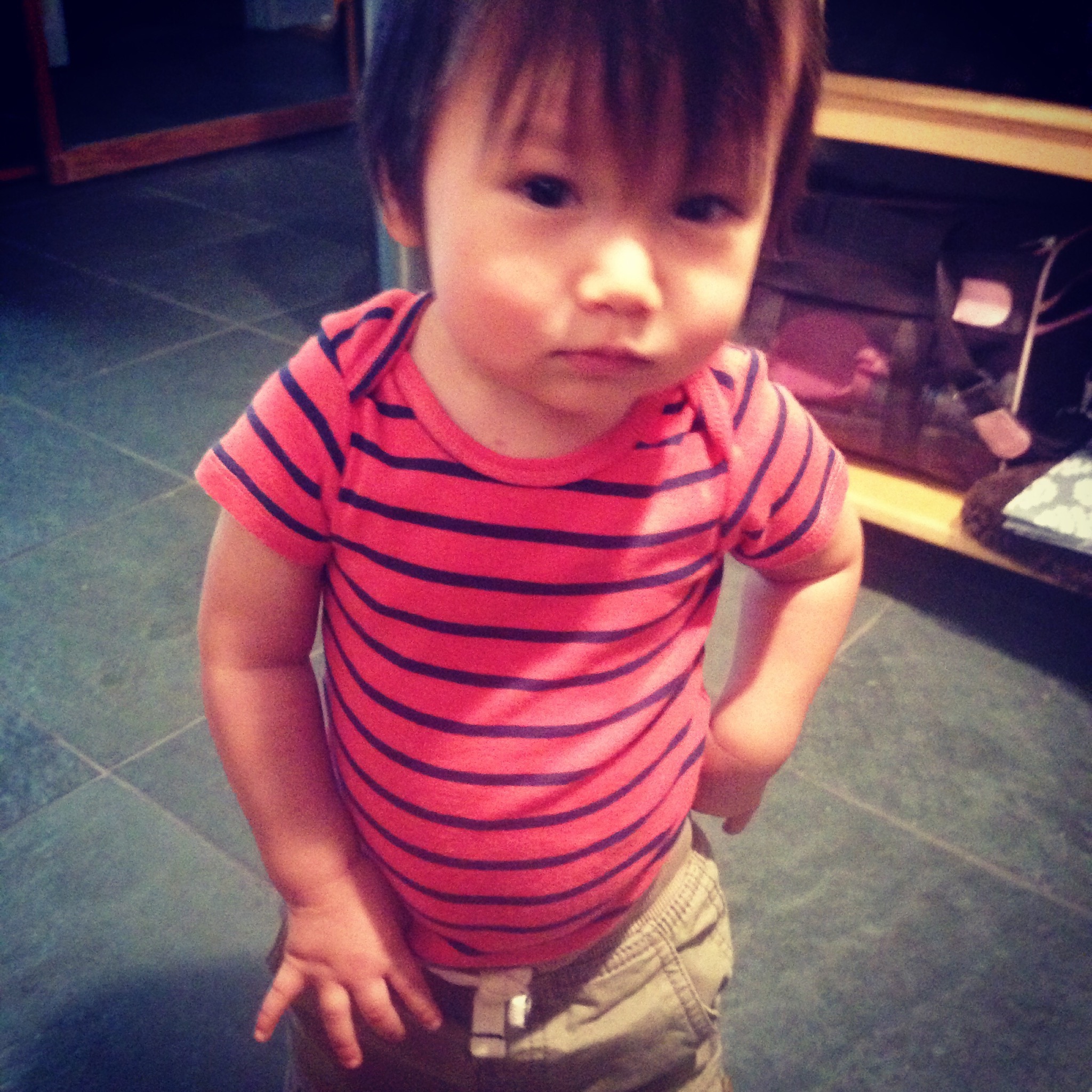 For almost fifteen months, I resisted all attempts at cutting my son's hair. Initially, it was based on a feeling. It just didn't seem right to cut an infant's hair - to care that much, to not just let him be. He enjoys his hair and plays with it often. Then someone told me there was a Jewish tradition to not cut a boy's hair until he's three years old. And then it became A Really Big Thing.

Because you see, the tradition supposedly goes back to Rabbi Isaac Luria. And the Lurianic creation myth is a big reason I returned to practicing Judaism. So it seemed to follow that I should agree to this path. For a long time, I could continue this thought process without having to deal any consequences. He was born with a full head of hair, but went bald before growing it back. So, we had time.

But for the last month, I've noticed that it's in his eyes. And it's stick straight - no lovely curls. Just stick straight hair that would require rubber bands to hold away from his face. I have no problem with bending gender norms, but I just couldn't see the point. My kid needs to see and he should have hair in his face keeping him from seeing. So, I emailed our rabbi for advice. He suggested a haircut.

Jack and I started a class today with five other moms and kids around his age. I was able to observe him from across the room - realize how much his head is shaped like his father's. And also, that the hair really was completely in his eyes. And then, I spent the rest of the day away from him. Raced him over to my aunt and uncle's house before driving off to see Interstellar. And since he's able to go all day without nursing, stayed for lunch after the 3 hour movie.

Chung went to bed when we got home. I fed Jack. And then decided it was time to give him a break from the hair in his eyes. I just wanted to cut it enough to allow him to see easier. But he was being fussy and I couldn't find his tiny scissors and I was afraid I was going to poke him in the eye. The result is the exact reason I never wanted to cut my kid's hair to begin with.

The only thing I can say is at least this happened now. For Jack's sake, it's better to have an awful mom cut at 14 months that makes her vow to never cut your hair again, rather than having it right before school pictures. But it is right before Thanksgiving. Son, please forgive me.